Adhesive Bandages to Make You Laugh, and Back to New York 

A new season (the 3rd) of your favorite Netflix show—Callvin’s growth in France and in the US.

Recap of the show so far: in September 2021, we got back from our second trip to the land of Uncle Sam. We had succeeded in our endeavor to get our products into some stores in New York, Miami, and Las Vegas. However, the American market can’t be conquered in three weeks, so we had to plan another trip. Before we did, we were to receive a rather peculiar request.

Not so long ago, in our galaxy, not at all far away…

We’d only just got back from the US, when we were contacted by the buying department at GiFi, a French discount store selling home and garden products and gifts.

So, I gathered the creative team. We put our heads together. We were soon talking about how there are already Marvel and Disney licenses offering adhesive bandages for kids.

“We should do bandages for adults!”

Those are often activities people indulge in as amateurs, so we called them Amateur Hour adhesive bandages. We came up with four packs: 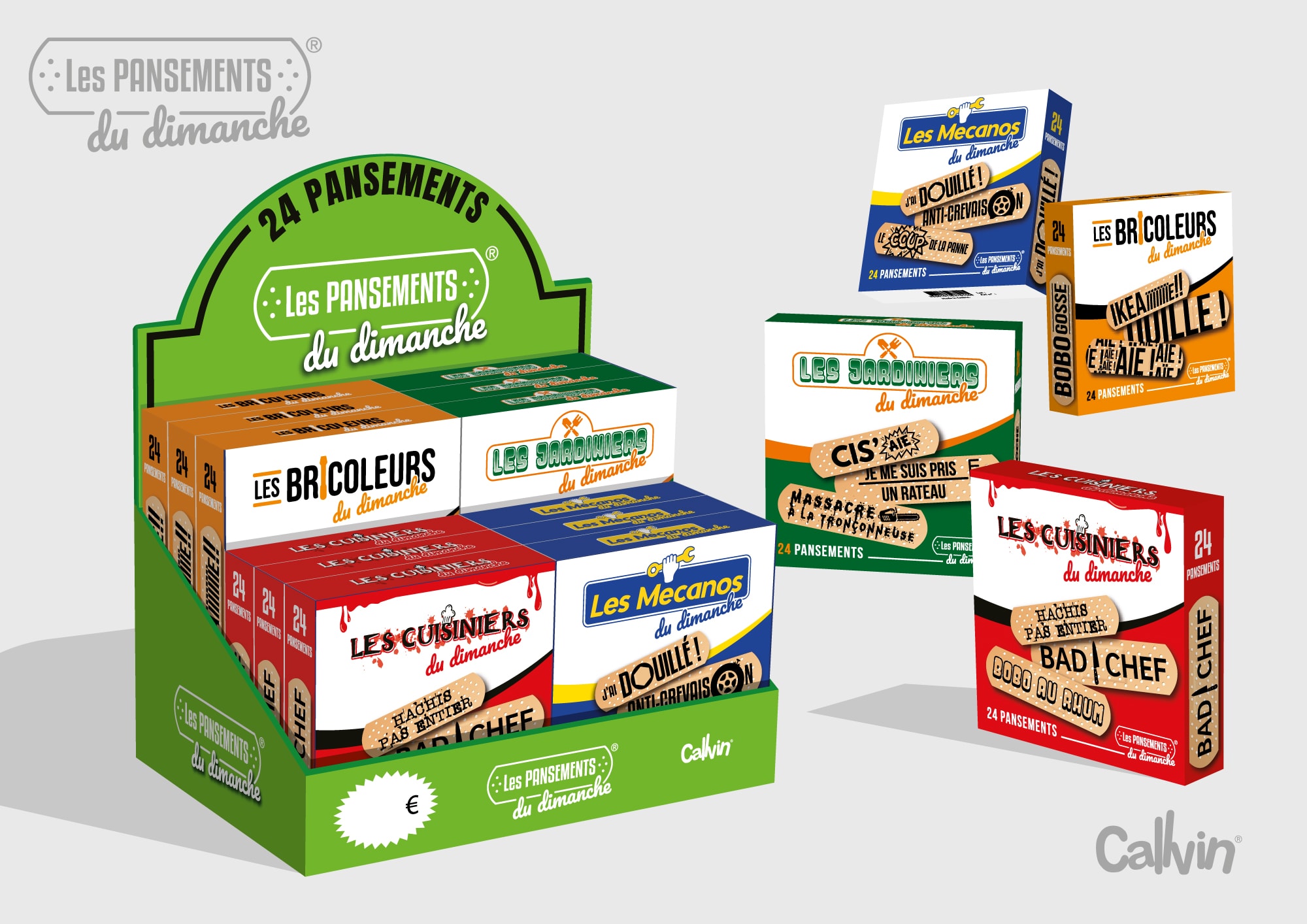 For cooks, we came up with a “Kitchen Massacre” bandage. For gardeners, it was “Rake and Scrape”. And for those who like their home improvements, there was “Ike-Ye-Ow!”

Everything went very fast. I found a supplier, and in four months we had the products. We got them out to GiFi and started putting them on Ankorstore and Faire, online shopping platforms.

Back to New York: One of the World’s Biggest Markets

At the same time as all this was happening, we were planning our next trip. It was now January 2022. I asked Claudio to spend a month in New York. Being on the spot was how we’d made contacts and got orders.

The only problem? A month in New York is enormously expensive—tickets, accommodation, etc.

Then I had the idea of having a look to see what was on offer for people wanting to do English classes over there. I’d done English classes myself in Los Angeles in the past, and I knew that organizations often offered package deals.

The classes were in the mornings, and the souvenir stores tended to open toward the end of the morning, so Claudio set off for a month in New York, from mid-February to mid-March. In the mornings, he brushed up his English. In the afternoons, he worked. He managed to get our products into a lot of stores all on his own.

Claudio has a knack for getting on with storekeepers, and the store owners all know each other. One would say, “I have two stores.” If the products sold well in the first, then the following week, he’d put them in the second.

Another would say, “I have a friend, in such-and-such a street. Tell him I sent you.”

There were no obstacles in our path. We had a competitor a few years ago, Jay Joshua, a big distributor to souvenir stores. He had a product called Funny Condoms. But he couldn’t keep up with the pace of orders. He stopped selling the product.

I gave Claudio another task too: to find a sales rep who could continue approaching storekeepers on the ground. When we set up in London and in Amsterdam, we took a year over doing that. We weren’t in a hurry. We took our time to recruit a good rep.

I reminded Claudio of this task in his last week: “Don’t forget to find a sales rep.” He called me back an hour later: “Listen, you’ll never believe this. When we hung up, I went into a store, and I asked the manager if he knew a good sales rep. He said, “I have someone for you. He called her for me there and then. It was the sales rep from Funny Condoms.”

So Claudio met with her. Her name is Hanna, and after their meeting, she said, “OK, I’ll work with you.”