For this final week, Claudio, Callvin’s souvenir store sales rep, had a special assignment. This is his account of his trip.

I arrived in Las Vegas on Sunday. The hotel is close to the airport—just 15 minutes away. I checked into the Luxor. The room (at 39 m2) is bigger than my old apartment! Everything is huge. It’s incredible. I’m on the 22nd floor. When I look down, I get vertigo.

Monday: First Outing on the Strip

The Las Vegas Strip, or just the Strip, is a 6.7 km section of the southern part of Las Vegas Boulevard. That’s where the biggest hotels and casinos are.

So, I headed off to explore the Strip. Five hundred meters from the hotel, I was already finding souvenir stores. I was surprised, because I could see they were hard-discount stores. For example, they were offering 4 T-shirts for $6. I went into the first store.

The first day, I got nowhere:

I was lucky in that I speak Spanish better than English, and all the sales clerks are Latino Americans.

There were five stores and I got the same spiel in each of them. Except the last one, where I was told that the owner was a Japanese lady who was never in the store and couldn’t be contacted. So, I left the flyer and the samples. And I chatted with the sales clerk, a Mexican lady, for half an hour.

All the sales clerks were in fits of laughter over the samples and designs. But unfortunately, they aren’t the ones making the buying decisions.

What took me by surprise is that you have to go through the casinos. So, I went into the casinos. It’s colossal. There’s a huge shopping mall in every casino. You can buy anything, especially clothes, and there are a few stores selling souvenirs.

There’s music everywhere, loudspeakers everywhere. Then, on top of that, there’s the music in the stores, which is really loud. You can’t hear yourself speak.

I went into the huge store, Bonanza. It’s an hour from the Luxor. And there, I managed to speak to a cashier. She took me back into the sales area, and said she would speak to the buyer. 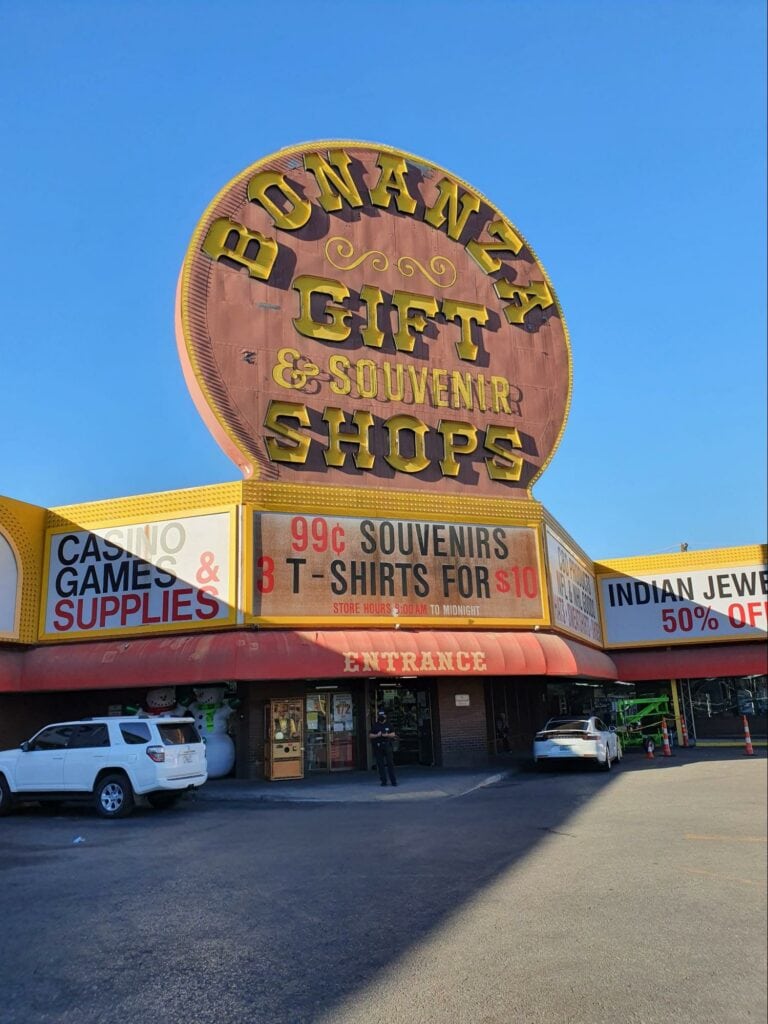 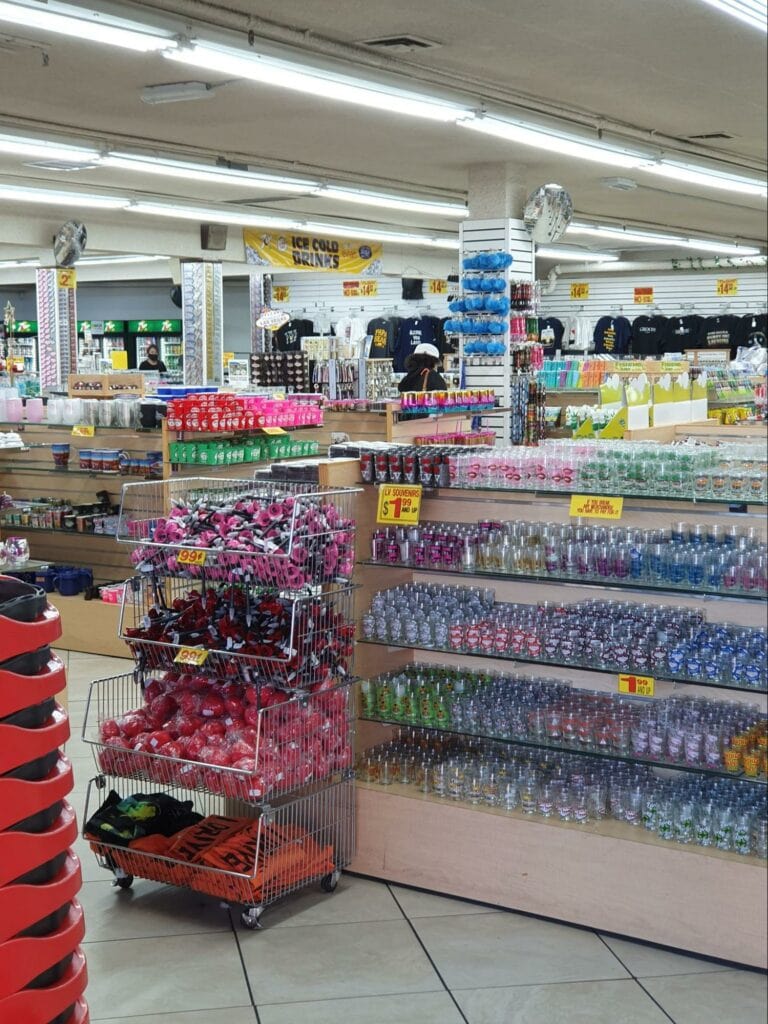 She went away with the flyer I gave her, then came back saying, “She’s very busy. She can’t speak to you now. You’ll have to come back.”

I waited around a quarter of an hour. I saw another woman come out. Her name was Martha. I explained that I was representing Callvin funny condoms.

She said, “Yes, yes. The buyer is through there. You can go in and knock at the door.”

I said, “Are you sure? The other cashier told me to wait.”

I went into the buyer’s office, another Mexican. She greeted me in a courteous and friendly manner. I showed her the condoms. I showed her the Las Vegas samples. I got everything out: the flyer, the catalogue, etc.

She looked. The samples made her laugh. She loved the designs. But, she said, “Yes, I’m the buyer, but only for already established products.”

I was a bit disappointed, but she did give me the name of Bonanza’s main buyer. I made a note of everything on my phone.

She told me we could contact the buyer straightaway and send her the catalogue, and especially the Las Vegas samples. However, she said they wouldn’t be buying anything before the end of the year. If they bought, it would be for the next season, starting late January/early February.

Meanwhile, I’d realized that Bonanza, as well as having stores on the Strip, also had stores in the old part of Las Vegas (Downtown Las Vegas), which was currently undergoing construction work.

The biggest stores also belonged to the company.

It was a two-hour walk, so this time I took a bus! I don’t mind wearing out my shoe leather with the best of them, but there are limits!

Some store owners had confirmed that the biggest store belonged to Bonanza. That store was run by another Mexican.

The same went for the next three stores. Ultimately, there were very few independent stores. The souvenir stores are pretty much all owned by big groups.

And Finally: The Casinos!

On my last day, I went to the casinos. I’m talking about the places with the famous diamond-shaped logo with “Welcome to Las Vegas.” They all belong to the Marshall Retail Group. 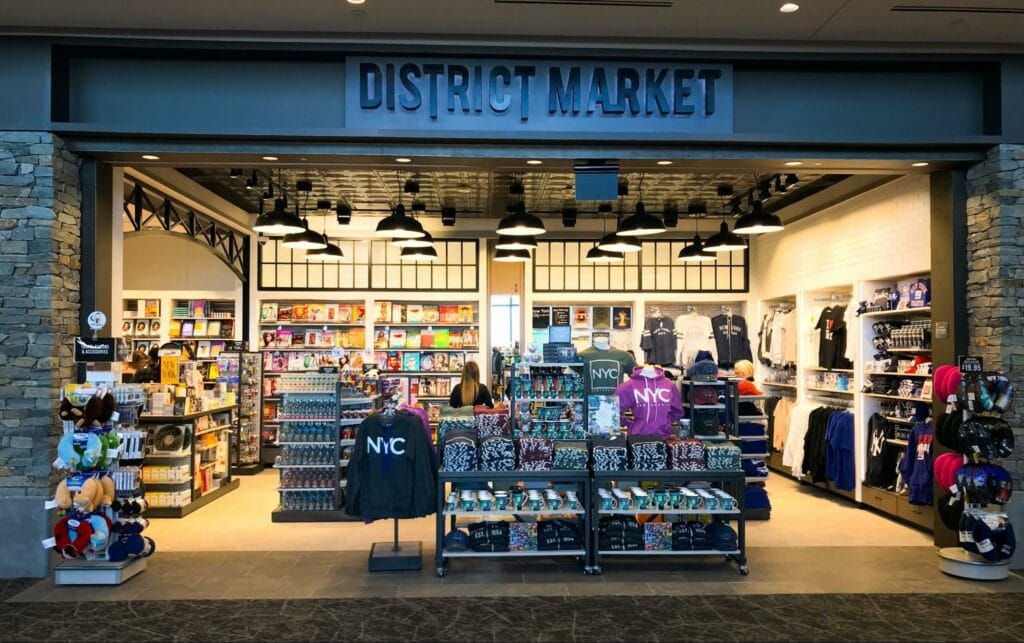 I talked to a sales clerk (an American for once). I showed her the flyer. She laughed. She told me the manager had stepped out for a drink.

I came back half an hour later. I didn’t even have time to introduce myself. The manager said, “Yes, the clerk gave me your flyer.”

She came back with a small notebook. She told me they didn’t make buying decisions as individual stores, but she gave me the name and email of the US buyer for the Marshall Retail Group. I was on cloud nine.

The group is present in every hotel-casino! Every one of their stores is vast.

Lots of hard-discount stores on the Strip belong to the Marshall Retail Group too. 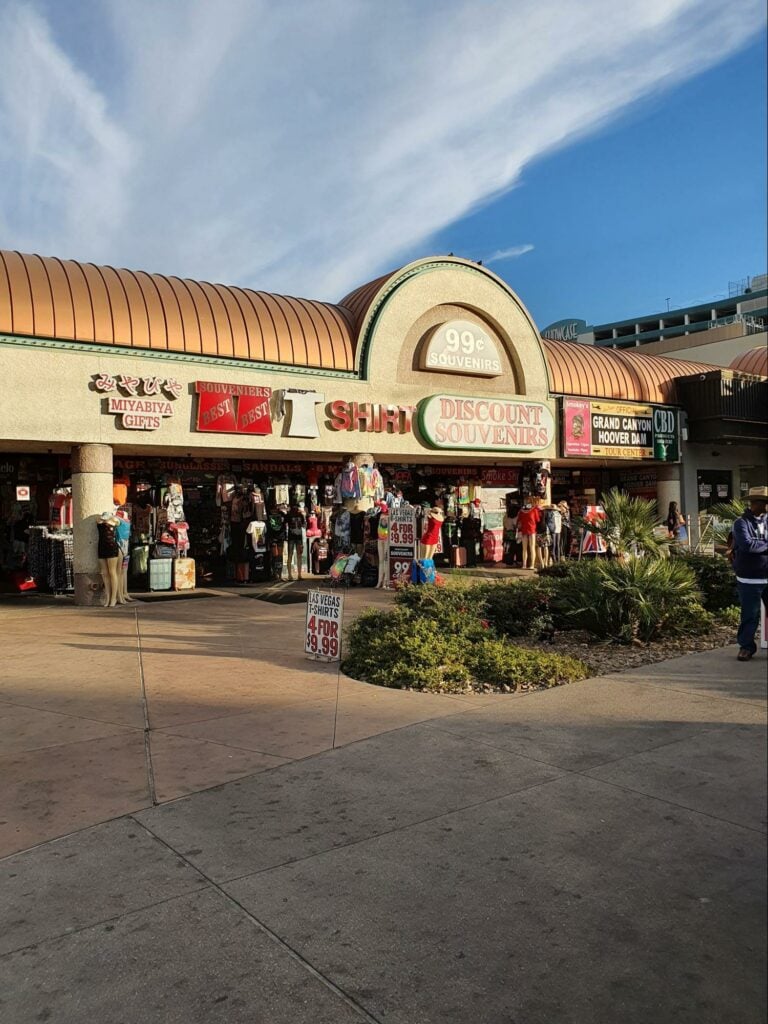 I also finally got to see a manager in the small stores—Carl, who was very enthusiastic, but not a decision-maker. His boss owns six other stores in great locations.

Summary of the Week

The first day gave me a major headache, as I couldn’t get anywhere. I was tired after the flight, and with that on top, I really thought it was going to be hard going. But I went back for more.

In the end, the groundwork paid off.

But most of the work is going to be contacting the buyers for Bonanza and the Marshall Retail Group.